A Brief History of the Cambridge Skating Club

The Cambridge Skating Club was founded in December 1897. Located at the corner of Willard and Mount Auburn streets, the club’s skating pond was created by flooding a field, then owned by Annie Longfellow Thorp, a daughter of the poet Henry Wadsworth Longfellow. At the time, skating was already a popular winter activity in Cambridge with its many small ponds as well as nearby Fresh Pond and Spy Pond. But the attraction of a safe neighborhood rink for children — with a surface area of nearly an acre — was considerable. And for figure skaters, the club offered well-groomed ice for practicing the new and increasingly popular sport of figure skating. A bowling alley, moved to the north end of the field from a nearby site, became a clubhouse, offering the luxury of a warm place to put on and take off one’s skates.

The club thrived from the beginning. Since the 1897-1898 season, generations of Cambridge children have learned to skate on the Willard Street pond and to love cold days that promise good skating. For its first half century, the club was a home to an impressive list of champion figure skaters, including Maribel Vinson (nine-time national ladies’ champion) and Joan Tozzer (three-time). In 1930, the club was able to buy Mrs. Thorp’s field and build a new clubhouse, the cheerful Norwegian-style building that has become a Cambridge landmark.

Although the sport of figure skating has moved indoors, the Cambridge Skating Club remains popular for its recreational family skating. Members enjoy the best natural ice in the metropolitan area thanks to the club’s experienced staff and dedicated ice committee. The length of the outdoor skating season may be dictated by the vagaries of arctic air masses, but the club’s managers work to perfect mother nature’s wintry gifts with plows, brushes, snow blowers, spraying hose, and an antique steel planer. An average winter produces approximately 30 days of outdoor skating. However, each winter has its own personality. In an exceptionally cold season, the number of ice days may climb past 50; in an unseasonably warm one, there may be fewer than 15 skating days at Willard Street.

Along with outdoor skating, the club holds social activities — potluck suppers on Fridays and Saturdays and events for children on the weekends during the winter. In addition to its outdoor skating, the club rents approximately 15 hours of indoor ice time per week at Buckingham Browne & Nichols School. This indoor time is divided between general skating and hockey sessions for children and adults. In addition, the club offers moderately priced group lessons at the BB&N rink on Sundays from the beginning of December through February. Members also enjoy the privilege of renting the clubhouse for parties and special occasions. 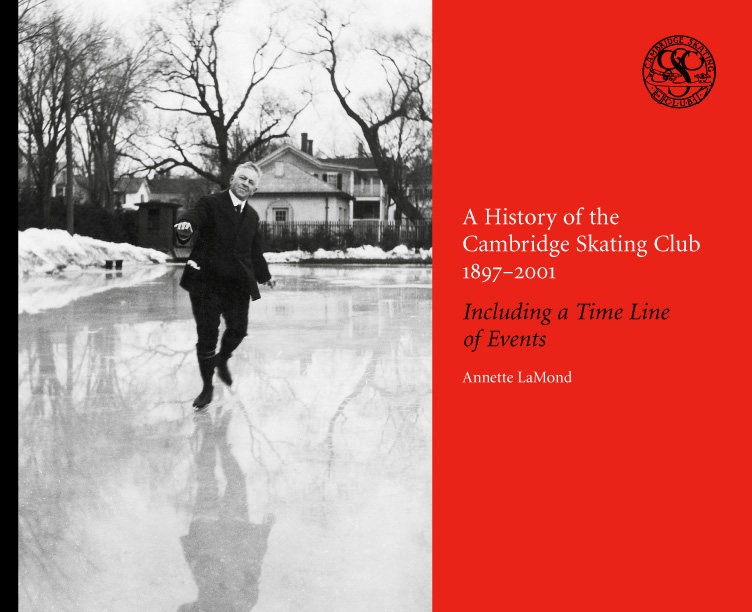 Front cover of A History of the Cambridge Skating Club: This 100-page history of the club is available by contacting the club. The front cover of the book features George H. Browne, on an inside edge, c. 1920. Mr. Browne, co-founder of Browne & Nichols School, was instrumental in the development of U.S. figure skating as well as the creation of the USFSA. 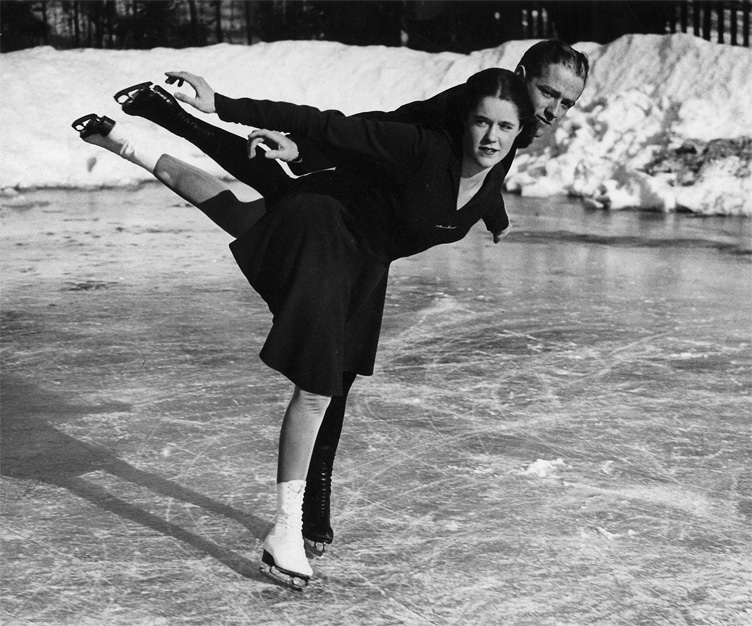 Tweets by @CSC_ice
Toggle the Widgetbar